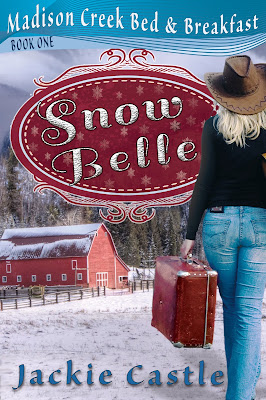 Haley Madison packed her big dreams and drove to the Arctic.
Well, all right, so it’s Madison Creek, Michigan. But for a Texas gal this frozen land ought to come with a sled and huskies. If it wasn’t for her family’s rundown property, she’d have stayed where the sun shone bright and warm. However, she has grand ideas for her inheritance even if the town has thrown up their objections to her plans.
Ethan Winters hated going home and admitting failure. Sure, he has a special talent with the violin, but he has bigger ambitions than playing at the local bowling alley. And then there was the idea of facing his father. No, he wasn’t ready to go home just yet. He veered off the interstate and drove to a little town named Madison Creek. Maybe his luck would change.


Available for only .99¢
at These Retailers:


What Readers Are Saying...

This was a very clean read that brought a Christian message without the fire and brimstone and without heavy handedness.


Wonderfully sweet read! Can't wait to read the next in this series!

Cute story - full of charm and light-hearted humor.
I look forward to the next one in this series.