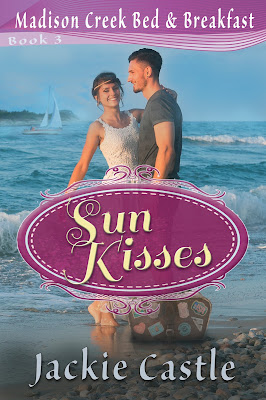 History drew them together and then threatened to tear them apart.

Despite her attempt to portray a woman in control, Karen Borgman’s life is a mess. Living with an uncaring, unfaithful husband had been bad enough, but his death sent her life into a humiliating tailspin.
​Only her fight to revive for her town, Madison Creek, and sharing its deep history with tourist kept her sane. When history professor, Kelvin Fairbanks, sailed into her life, Karen’s hope of a life with a good man is ignited. What could go wrong? But when her heart’s desire, a desire she could never attain on her own, is dropped on her doorstep, her reputation and relationship with Kelvin are threatened. Another heartwarming story from Madison Creek Bed and Breakfast and the characters you’ve grown to love.

Here's a little sneak peak of what's to come...


Hopefully, he would find the rip cord to his parachute before he crashed and burned.